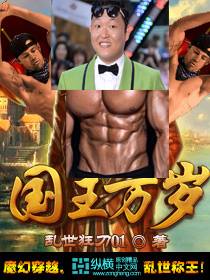 On this Azeroth Continent, everyone believed in gods and extreme power. Because there were many wars, the God of War was the one that had the most believers and followers. Therefore, while tying all the loose ends to the God of War seemed ridiculous, it was the most reasonable and impeccable excuse.

Fei needed an excuse to explain what had happened to Alexander. Now he had one. He knew that in a short while, what he had said tonight would be spread around Chambord by the forthright man behind him. He didn’t need to explain himself to everyone again.

Sometimes, hearsay is more trusted by others than what you say personally.

Fei planned his explanation perfectly. He purposely linked himself with the God of War that most people believed in. What Fei’s experience on Earth taught him was that beliefs and religions which caused disputes and wars, if used properly, could be tremendously helpful.

“I can’t recall clearly anything that happened before yesterday……Brook, tell me about Chambord and the kingdom.” Fei spoke causally, appearing to not care very much; he was trying to trick Brook into telling him more about the castle.

“It is my honour, your majesty. The scope of your kingdom is only Chambord Castle. According to the categorization method on Azeroth Continent, Chambord is not a separate empire, but an affiliated kingdom of an empire. The total population of the kingdom is less than 10,000, and the official military is the King’s Guards, which only has 400 soldiers…….” Brook tried hard to explain what he knew clearly.

“Affiliated Kingdom?” Fei had a bad feeling about it

Fei didn’t know what to say; he felt like crying.

“So this is the truth……My kingdom is this small? I thought being a king was awesome……My total territory is only this Chambord Castle, and the population is less than a small city on Earth…… Am I inferior to a mayor?”

For the first time, Fei felt like reality was not as sweet as he had expected. He thought about it for a while and asked hopefully, “Brook, according to this, our parent empire, Zenit must be one of the most powerful empires on this continent, right?”

Fei’s heart sunk – he felt hopeless. He never imaged that Chambord’s status was that low on Azeroth continent. A king’s status was too cheap. Royalties in this world were more common than university degrees on Earth.

According to Brook, with only a couple acres of land and a couple hundred people, anyone could become a king. These kings were just like large groups of ‘bandits’.

“WTF, so after all, I’m just a leader of a big group of bandits? And a very weak one too?”

Fei’s hopes were crushed. As a king, he thought he owned everything in this world, but he was only dreaming.

After a moment of silence, Fei asked again, “So…… how are the relationships between the empires on the continent? ……I mean there aren’t a lot of wars, right?”

“Wars are most common on Azeroth Continent……” As if Brook was addicted to ‘objecting’ Fei, he said sadly, “Everyone is born during wartime and dies during the wars…… Both of my parents and family were killing during wars. People die every second on this continent.”

“Holy s--t! Then does that mean my kingdom could be crushed any second by the super powerful empires? When wars come, an individual’s power is limited by the battles that involve millions of soldiers.”

“Why don’t we ask for help from our parent empire? Zenit Empire has a duty of protecting their affiliated kingdoms, right?”

“If they knew our situation, Zenit Empire would send their armies and star ranked warriors to help us. The problem is ……” Brook pointed at the enemies’ camps on the other side of the Zuli moat and said helplessly, “They locked down the only path that Chambord can use to communicate with the outside world, so we couldn’t get our message to the parent empire out there.”

“So that’s how it is.” Fei quickly understood the structure and key to survival in this chaotic continent from Brook’s words.

There was no doubt that Azeroth Continent was huge. It was larger than any continent on Earth – even larger than all the continents on Earth combined. What was worse was that the empires on the continent fought against each other all the time; war was the main theme.

Fei felt the pressure of survival crushing him. However, Fei had caught the main point of Brook’s answer.

There were laws during peaceful times, and there were also survival rules during times of war. From Brook’s unclear answer, Fei felt like after hundreds of years of war, Azeroth Continent had formed an interesting pyramid system. In this system, survival of small kingdoms was possible as long as they attach themselves to the large empires.

A gust of wind had brought mist from the Zuli moat onto the defensive wall. The atmosphere was a little depressing.

Fei decided not to think too much about the future. His thoughts went back to Chambord Castle, “Brook, tell me more about Chambord, such as other noble families and influential people. As a king, I don’t even know my own kingdom.”

Fei was going to get all the information he could out of Brook.

Brook thought about it and said, “Other than your Majesty, the most powerful person at Chambord would be the Head Minister Mr. Bazzer. Because you were……” Brook scratched his head. He didn’t know how to describe the retarded actions of the old Alexander. He hesitated for a while and decided not to mention that. He continued, “For the last three years, Mr. Bazzer was running the kingdom on your behalf. Except for the military that was under Mr. Lampard’s control, Mr. Bazzer decided everything else for Chambord……”

“Yes, your Majesty. Gill was your closest friend!”

“That douchebag is my closest friend?” Fei sneered in his mind, “Bazzer, Gill. They are all bad eggs. One controlled the Kingdom and the other accompanied me all the time to insist me to do bad stuff.”

“Continue. Except for Bazzer, is there anyone else that is influential?” Fei asked. He was definitely going to punish the father and son       duo.

“Except Head Minister Bazzer, Military Judge Conca and Warden Oleg are all powerful figures at Chambord. The former First Commander of King’s Guards, Mr. Peter-Cech was one of them too, but half a month ago, Head Minister Bazzer had discovered a lot of evidence revealing Mr. Cech’s intention of treason and jailed him.” Fei nodded.

He found something very interesting – Brook dared to call one of the most powerful people in Chambord, Bazzer directly by his name, but he was very respectful towards the former First Commander of King’s Guards Peter-Cech, who was accused of treason……Didn’t that point out some problems?”

Although Chambord was a small kingdom, Fei felt there were a lot of conflicts and ‘undercurrents’.

Ace of the Dragon Division